10 Cool Origami that Will Get Your Kids Excited

10 Cool Origami that Will Get Your Kids Excited

My best origami creation never went beyond the simple ship. This post is celebrating the Grandmother – the perpetuum mobile of our house, origami ninja and the biggest Lego Technics fan I know.

Grandma Lydia encouraged Emir to start building from Lego (and no Duplo nonsense!) as early as when he was three. Now, when he is five, they build Lego Technics kits together – and she is much better at it than me or my husband would ever be. Also, it’s due to her obsession with toy cars Emir’s collection has spilled over two hundred long time ago.
In 1970s Grandma Lydia been working in the oil and gas industry in Baku, the capital of Azerbaijan. She was leading the datacenter team, so the programmatic and engineering are in Emir’s blood.
Grandma Lydia’s diligence is incomparable (and so is her OCD).  So when grandma and Emir proclaimed the Origami weekend, I knew this was going somewhere.

Two days later, they produced a whole fleet of the paper ships, boats, motorboats and yachts of at least 7 different kinds.

But then… then Emir asked for a tank. 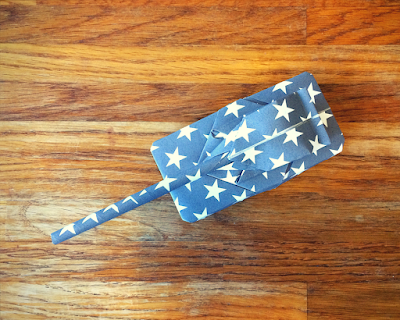 How many ways to make a paper model tank do you know? Yeah, thought so. 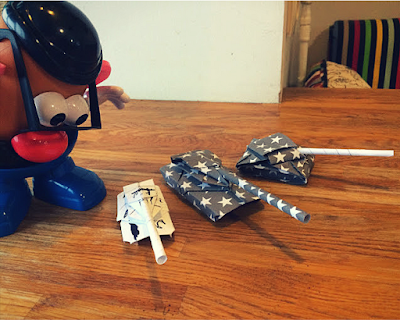 Turns out there are at least three. They started, and then they only stopped because it was time to go to sleep.

As we didn’t have any origami paper at home, I gave them some gift paper that we had around since the winter holidays. That was my contribution, and I’m positive that I did outstanding art-direction. Aside from that, all credit goes to the engineers and manufacturers, of course.

See the Links to All Models Tutorials in the Captions

So here are the close-ups of the models with all the tutorials for them linked. I googled for all of them in English for you, though they’re pretty intuitive to follow. Try googling them in your language if you prefer. 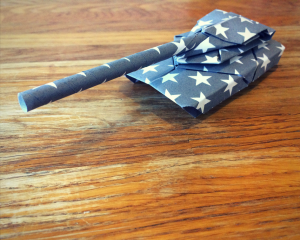 Origami tank number one – amazing shape. I love the proportions. 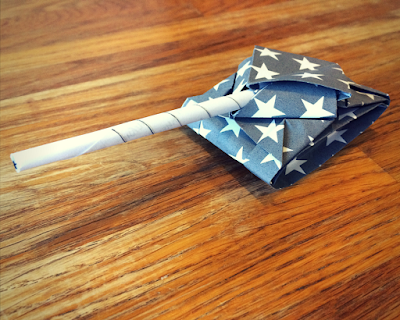 Origami tank number two – probably amphibian as it reminds me of a frog just a little. 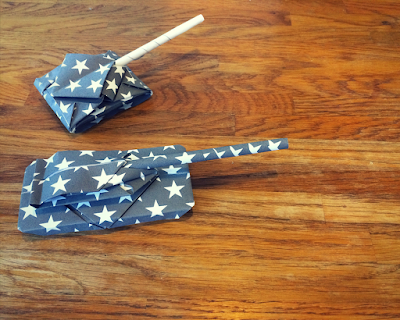 To make the cannon, roll the paper around a straw, secure it with glue, let dry. Then attach to the tank body.

Repeat until you get the desired amount of tanks. 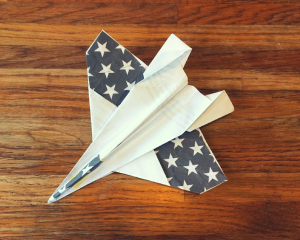 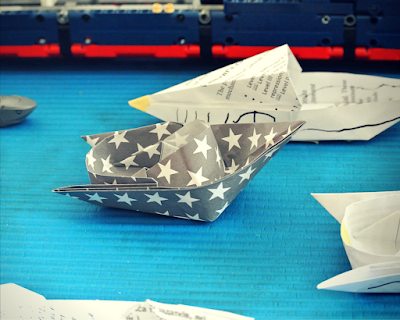 The origami sailboat is lovely and so subtle. Reminds me of the Cannes harbor, stuffed with yachts. I’m reserving this one for myself. 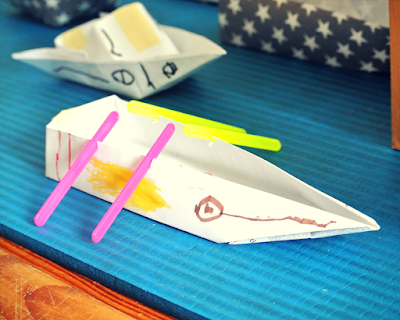 An origami rowboat. I guess Emir painted the eyes on all of them because in Asia, the eyes on boats are traditional – and growing up between Vietnam and Thailand, that’s how he sees the boats now.

Origami steamboat. Bigger and of more oceanic shape. It can go trans-Atlantic with ease.

This origami boat is with a cap of some kind. For me, it looks like a canoe for the long journeys down the river. 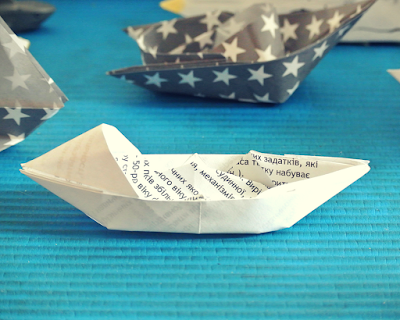 Last but not least – a small and very intricate origami boat. The tight design makes it quite durable, so you can make several of them and start a race. 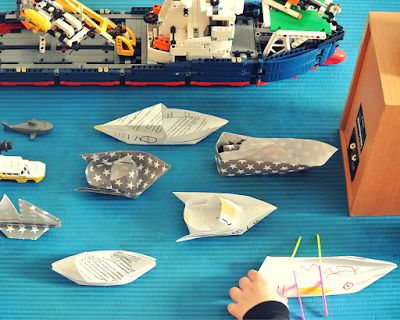 End of the day, Emir had a sea fleet, a sky fleet, and a ground army. We decided that a squad like this one definitely needs a strong general to lead the offense. General Potato Head took on the command! 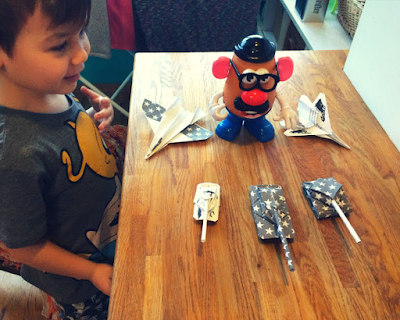 He did quite well… Until the tanks went frenzy and turned the weapons at general himself. Crikey!

Making and playing with these paper models is so much fun. If you keep them away from the babies, they last for several weeks at least.

Skills that origami helps to develop:

2 things you’ll love most about the origami

Whichever theme your kid is into at the moment, you can find hundreds of relevant objects. Vehicles, dragons, dinosaurs, ninjas, jungle animals, farm animals, cars, town, people, puzzles – you name it.

Frugality alert! It’s a perfect way to give your kid a bunch of sustainable new toys that cost ZERO dollars. Origamis are free, fun, quick and recyclable – features that make me very happy.

We’re blessed with a big multitalented family, where everyone is keen to teach kids their special skills. I couldn’t be more grateful for this very special relationship with grandmother in Emir’s life. Yet, I would never think that she will be the Lego and Origami expert in our house.
Lesson learned: people always have the potential to impress. 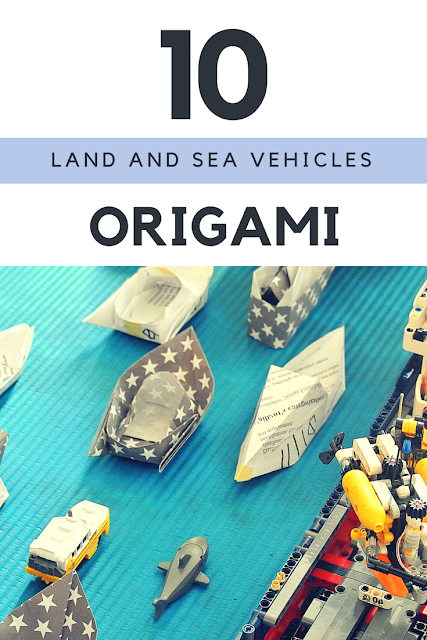 A creative director and even more
creative mom of boy.

For seven years now, I’ve been making custom busyboards. It's my passion and my expertise - which I’m more than happy to share. Also, I am posting a lot about cool toys, creative play and playroom spaces.
If you like my stuff, check out my Etsy, Pinterest and Instagram for more fantastic ideas!

How to Learn Numbers with Cars – Super Easy Learning Activity!

How to Learn Numbers with Cars – Super Easy Learning Activity!
How to Make a Busyboard: How to Place a Busyboard Safely?
Login to OyBoy
Reset Password
Enter the username or e-mail you used in your profile. A password reset link will be sent to you by email.

Did you know? We do free delivery in APAC and the Middle East.